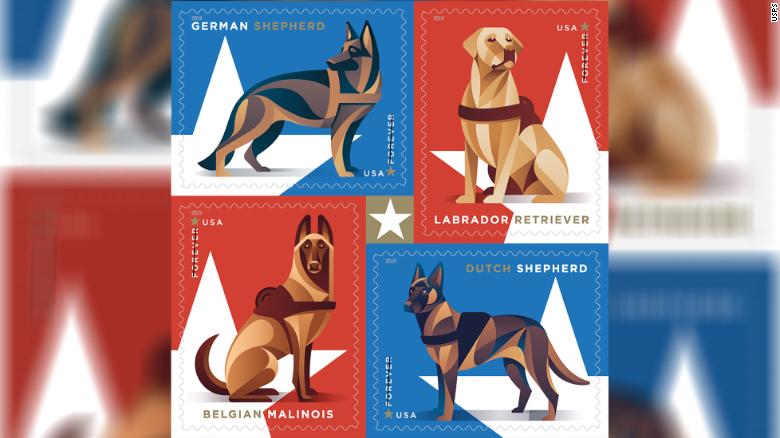 The U.S. Postal Service honors the nation’s brave and loyal canines with the Military Working Dogs Forever stamps. In this booklet of 20, each block of four stamps features one stamp of each of the following breeds — German Shepherd, Labrador Retriever, Dutch Shepherd and Belgian Malinois — that commonly serve in America’s armed forces.

The background of each stamp features a detail of a white star. A star appears in the center of each block. The stylized digital illustrations are in red, white, blue and gold to represent the American flag and patriotism. The art was created by DKNG Studios. Art director Greg Breeding designed the stamps. The Military Working Dogs stamps are being issued as Forever stamps and will always be equal in value to the current First-Class Mail 1-ounce price.

Get ’em while they last!