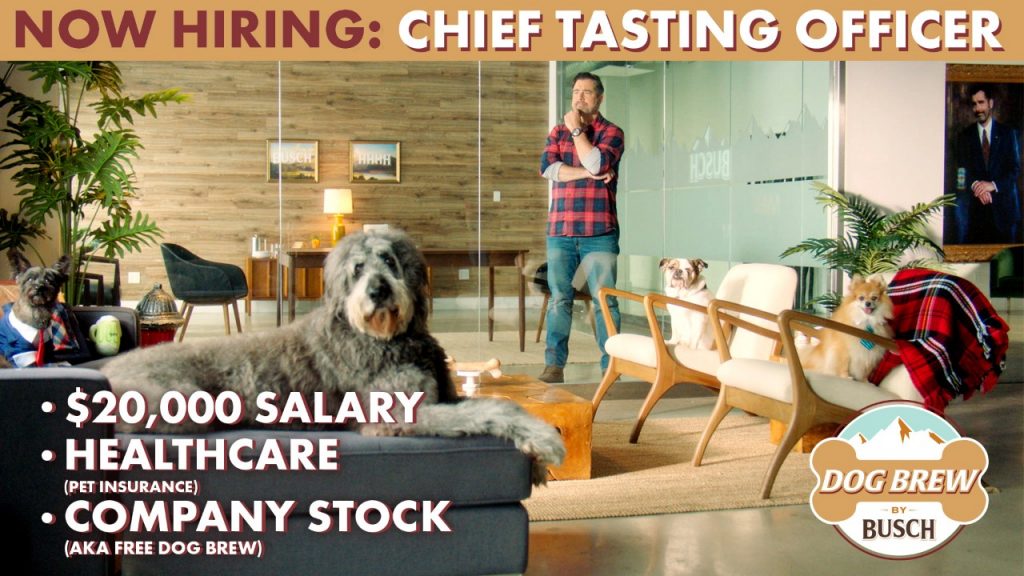 Last year, Busch released its first-ever product made not for fans, but for its fan’s dogs: Busch Dog Brew. The alcohol-free, bone broth brew provides owners with the perfect opportunity to crack a cold one with their favorite canine companion, and the initial response from Busch lovers was overwhelming, with the first batch selling out in just 24-hours. This year, as Busch Dog Brew expands, it’s also looking to expand its Senior Leadership Team to include a four-legged member with a discerning palate — a Chief Tasting Officer (CTO). 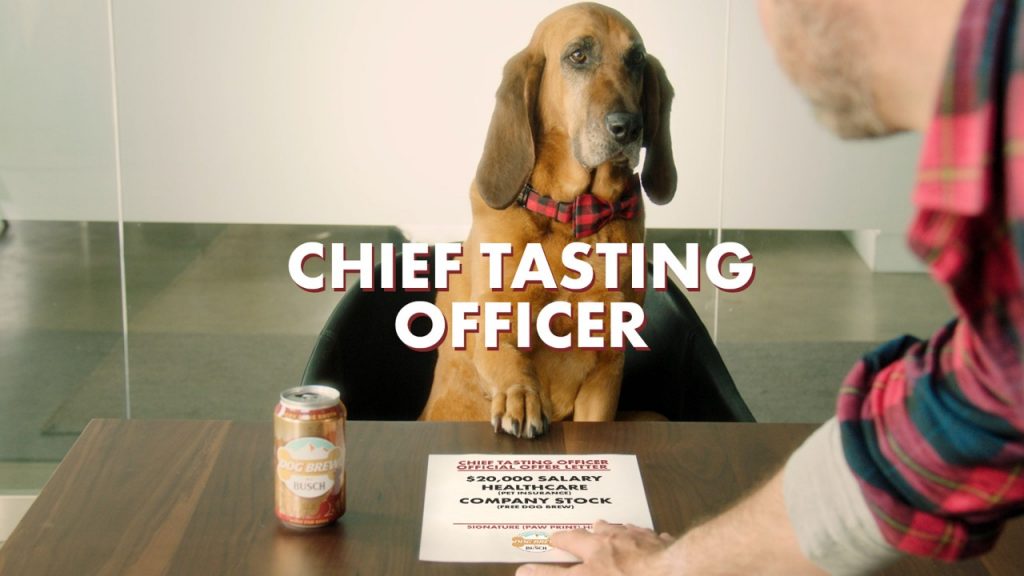 Busch is officially on the recruitment hunt for a full-time CTO. To kick-off the search, Busch captured the key attributes top candidates should possess in a recruitment film starring Busch Guy and some prospective canine-didates. Don’t be fooled by this comedic portrayal – the role will have very important responsibilities, including leading the expansion of Dog Brew’s flavor portfolio. Like any sought-after job offering, the role of Busch CTO comes with an enviable salary – $20,000 – and dog-friendly perks including healthcare (pet) coverage, and of course company stock options (AKA free Busch Dog Brew made with pork bone broth).

“The reaction to Busch Dog Brew’s release last year was so overwhelmingly positive that we knew we had a big challenge in Year 2 to keep the momentum going. So to expand the brand this year, we needed a true expert in the space on our team,” said Daniel Blake, Vice President of Value Brands at Anheuser-Busch. “We’re excited to give one qualified canine a real, paying job and to tap into their insider knowledge of our target consumer to expand Busch Dog Brew in 2021!”

Responsibilities of the CTO will include taste-testing, quality control, and fulfilling duties as an ambassador for the product and a featured content creator on Busch’s social channels. In order to fetch this position, some qualifications include a refined palate, an outstanding sense of smell, and while not required, proficiency in English would be remarkable.