Wishing you a weekend filled with everything you need in abundant supply.

From NBC4 in Washington, DC: Maryland firefighters had an interesting rescue run over the weekend when an 85-pound Border Collie named Siri fell into a 8-foot sinkhole near Annapolis.

Although it was deep, the sinkhole only measured about 2-feet by 2-feet, making it tricky for the firefighter to be lowered into the hole to get the dog. But, 90-minutes later, they were able to get the dog to the surface.

Siri was very much in need of a bath, but was otherwise fine.

Kudos to all the firefighters who took the time to care. 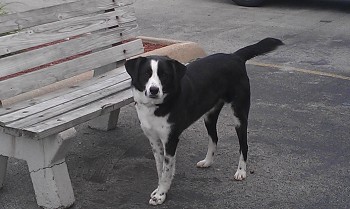 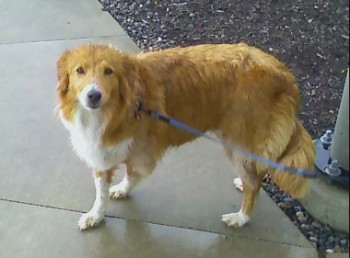 For once, I met a dog somewhere other than at an ice cream stand.  This cutie was at the library near my home, which is housed in one of the county’s parks.  It’s a really neat set-up there, with the library building set right next to a lake with a great walking trail through the woods.