In case you’re not familiar, the military uses SNAFU to mean “Situation Normal…All F***ed Up”. Thankfully that is no longer the case for this handsome boy.

Is there anything better than a puppy and chimps?

News from my hometown of Cincinnati: A Rumpke Waste & Recycling driver is a hero after saving a puppy Wednesday morning in Colerain Township just outside Cincinnati.

Rumpke Driver Aaron Kinsel was servicing customers when he noticed a discarded backpack along the roadway. After additional observation, he noticed the bag was moving, so he got out of the truck to investigate. Inside the bag he found a distraught 10-week old puppy.

The female, Boxer-mix is being treated at a local veterinarian’s office. She is suffering from dehydration and a broken leg. END_OF_DOCUMENT_TOKEN_TO_BE_REPLACED 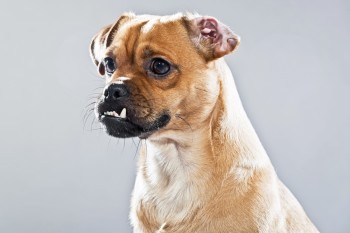 I really just don’t get how you can move out of a home and leave your dog behind, but it’s happened again, this time in Lorain (near Cleveland), Ohio.
END_OF_DOCUMENT_TOKEN_TO_BE_REPLACED

As promised yesterday, here is the video of Cadence’s rescue by Eldad Hagar. I just love these stories.

Just 100 hours after Nina was rescued from her life as a stray where she had been hit by a car, she gave birth to four healthy puppies! Warning: this video is not for the feint of heart!


Nina – a stray dog that was hit by a car; giving birth exactly 100 hours after her rescue off the streets. from Eldad Hagar on Vimeo.

Yet another successful rescue by Hope for Paws.

Former Cowboys’ coach Barry Switzer was shopping in Norman, Oklahoma when he happened upon a Rottweiler puppy left alone in a hot car. What he did next is so sweet… END_OF_DOCUMENT_TOKEN_TO_BE_REPLACED 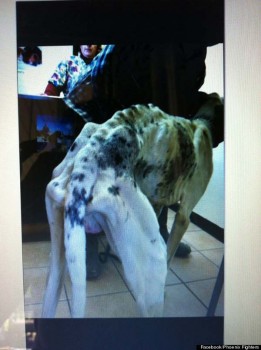 When UPS driver Gavin Crowsley first saw this dog, he thought it was a Dalmatian. Sadly, no, Phoenix was a terribly emaciated Great Dane, down to just 70 pounds.
END_OF_DOCUMENT_TOKEN_TO_BE_REPLACED