KTUU has several videos and articles detailing the crash caused early Saturday when a drunk 26-year-old Nulato man drove his snowmobile into Jeff King’s team, killing 4-year old Nash and injuring at least 2 more dogs. King and Iditarod officials claim the attack was intentional and say that the man also harassed Aliy Zirkle, injuring one of her dogs. The man maintains he was blacked out and doesn’t remember a thing. He faces two counts of third degree assault, one count of reckless endangerment, one count of reckless driving and five counts of fifth degree criminal mischief.

Neither musher was hurt in the attacks, and both plan on continuing the race. In fact, Zirkle advanced from 3rd place to 2nd today.

Best wishes to both as they continue their quest, and our sympathies go out to King and his kennel family on the loss of Nash. 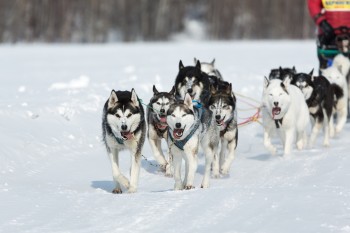 The top five are now scattered between the Kaltag and Nulato checkpoints. From Kaltag, the next waypoint is Unalakleet, on the coast of the Bering Sea. From there, they circle the west edge of the sea, all the way to Nome.

Here are the leaders’ positions: 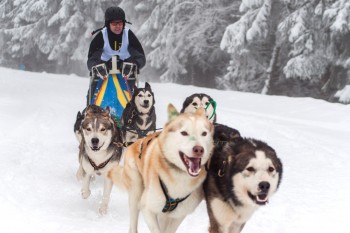 The top five have all reached the Ruby checkpoint. 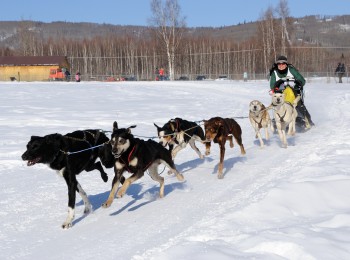 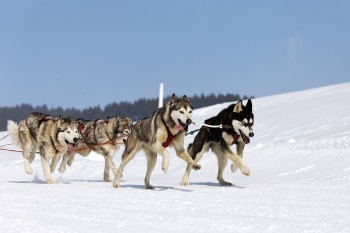 The lead mushers are all clustered around the checkpoint at Nikolai. Brent Sass has broken into the lead, and is the only one to have left the checkpoint thus far. Many people are expecting the Seaveys to go 1-2 this year; they are currently running 3rd and 4th, but it’s very early in the race.

Here’s the order for the top five as of late this morning in Alaska.

KTUU is reporting that seven rail cars full of snow had to be brought into Anchorage from Fairbanks for the ceremonial start of the Iditarod this year. (Global warming: myth or reality??) END_OF_DOCUMENT_TOKEN_TO_BE_REPLACED 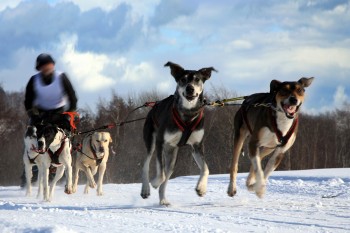 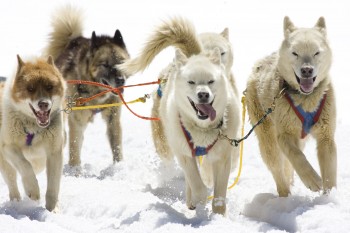