From Military.com and the Honolulu Star Advertiser:

Bogi, a 5-year old Belgian Malinois, has been reunited with her original handler, Sgt. Angela Cardone of the U.S. Marine Corps, at Queen Kapiolani Hotel in Waikiki, with the help of Washington, DC’s American Humane military program.

The pair originally met in Iwakuni, Japan, about three years ago. Cardone trained Bogi as a narcotics detection dog, and the two worked together for two years until Cardone was moved to Honolulu last summer. END_OF_DOCUMENT_TOKEN_TO_BE_REPLACED

Are you a fan of the CBS show SEAL Team? Their military working dog, Cerberus, is set to play a large role in the Season 4 premiere on November 25th.

According to TVInsider, Cerberus and series star David Boreneaz (Jason) get separated from the rest of the team in the snowy mountains at Spin Ghar, where they must both come to terms with their super warrior skills waning with age.

Cerberus is portrayed by Dita the Hair Missile Dog, a real police dog, and is handled on the show by her police officer handler, Justin Melnick.

I can’t wait for this show to come back – it’s one of my favorites. 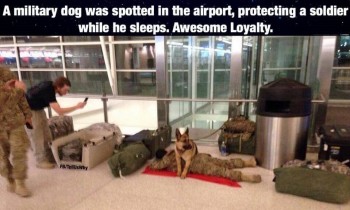 Who’s a good boy? I bet no one wakes this guy up before he’s ready!

A definite add to my movie list for this summer! From the director of one of my favorite movies, “Remember the Titans”, Max is the story of a military working dog who is traumatized by the loss of his handler. The fallen Marine’s family takes in the dog and helps him work through his PTSD. Looks like a tear-jerker! 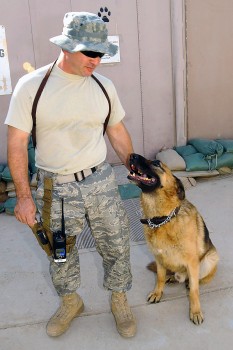