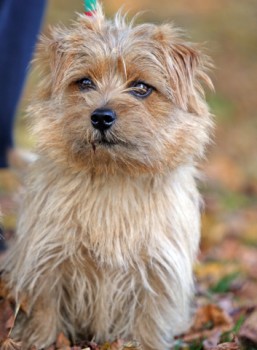 According to the BBC, Princess Beatrice (20-year old daughter of Sarah Ferguson and Prince Andrew) has lost her Norfolk Terrier.  Max was last seen on Wednesday afternoon when he chased a squirrel into a Park in Berkshire.

The Duchess, Sarah Ferguson, is offering a “substantial” reward for his return, with no questions asked.  She implores whoever has the dog to drop him off at a vet’s office or police station.

The dog is described as a 7-year old Norfolk terrier, cream and sand colored, with two missing front teeth and “a bit of a tummy”.

The family has high hopes that the dog will be returned before Christmas.