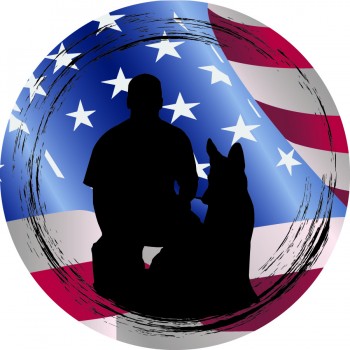 From the American Humane Association:
Did you know each military working dog saves the lives of between 150-200 servicemen and women by detecting IEDs and other hidden weapons? Did you also know that despite their service and the generally good efforts of military, there has been no guarantee that military dogs will be reunited with their handlers or bought back to the U.S. after their retirement.

This past week, the American Humane Association secured a major victory for military dogs everywhere as the 2016 National Defense Authorization Act (NDAA) was finalized by both the House of Representatives and Senate. Congressman Frank LoBiondo and Senator Claire McCaskill introduced the bill, which included language supported by American Humane Association that mandates military working dogs be returned to U.S. soil upon retirement, and their human handlers be given first right of adoption.

Thousands of our nation’s veterans are diagnosed with post-traumatic stress each year, and reuniting handlers and war dogs (who can also suffer from PTSD) helps both heal. Unfortunately, when military dogs are retired overseas, they become civilians and are no longer qualified to travel home on military vehicles. This makes it extremely difficult to bring them back to the U.S. The 2016 NDAA removes this barrier and will allow more military dogs to continue saving lives at home.

This is a great day for military heroes on both ends of the leash. I believe ALL our veterans – two-footed and four-footed — should come back to a hero’s welcome, a loving, forever home, and the happy, healthy, and dignified retirement they so deserve after a lifetime of service to their country.

How You Can Help

We applaud Congress for finalizing the 2016 NDAA and for bringing us one step closer to victory. Help support heroic K-9 Battle Buddy teams and reunite military dogs with their handlers by asking President Obama to sign the 2016 NDAA.

Thank you…and visit our website to learn more about our programs to help military dogs and their families.

I’m so glad this is finally being addressed!