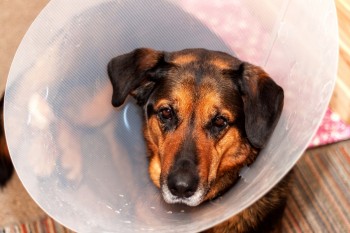 If you’re lucky enough to work in Italy, you may now be able to take paid time off of work to care for your ill dog.

As you may know, here in the States, we have the Family Medical Leave Act, under which employers have to give you (usually unpaid) time off to care for sick family members. Well, in Italy, they’ve now taken that to a whole new level!

Citing a law that states people who abandon an animal to “grave suffering” can be jailed for a year and fined up to 10,000 euros, a woman’s lawyers were able to successfully argue in court that she needed time off from work to care for her dog.

Under Italian law, employees can take sick days for “serious or family personal reasons”. The woman had taken two days off after her dog’s surgery, but her employer refused to pay her for the days she missed. The court said that leaving the animal home alone after surgery would amount to “grave suffering” for the animal and found that the employer was wrong for not issuing the sick pay.

I’ll be interested to see if the ruling is appealed, and how the appeals court rules if so. I can’t imagine this would go over in the US, but you never know!

One thought on “FMLA to care for your dog”