From NewsChannel 5 in Nashville: Folks in Rabbit Hash, Kentucky have elected Wilbur Beast, a French bulldog, as the new mayor. The political pooch won with an amazing 13,143 votes — the highest winning total ever for a Rabbit Hash election. 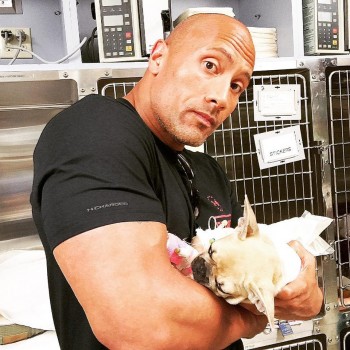 You may recall that not too long ago, Dwayne The Rock Johnson had to rescue his French Bulldog puppy, Brutus, from the family’s swimming pool after the puppy revealed he was not a good swimmer. The puppy apparently liked to get into more trouble than he could get out of. Brutus ate a poisonous mushroom and had to be put down. Below is from Mr. Johnson’s Facebook page:
END_OF_DOCUMENT_TOKEN_TO_BE_REPLACED

Have you seen the news about this Good Samaritan pilot yet? Apparently, the heating system in the cargo hold malfunctioned during a long-distance flight, and the pilot became concerned about the French Bulldog he knew was down there. Concerned enough that he diverted the flight to Frankfurt and loaded the dog onto another flight.

It ended up taking just over an hour, but apparently none of the passengers complained. Which was good of them. I’m not sure I would have been so nice. (Why, yes, I am feeling crabby today!) Trans-Atlantic flights are pretty grueling to begin with, and I can never find a comfortable position on an airplane. I’m glad these passengers were so concerned about the dog, and very glad the pilot took the right action!

Clearly this little Frenchie doesn’t know how small he is. Reminds me of the book, “Are you my mother?” Hope you’re enjoying your weekend.