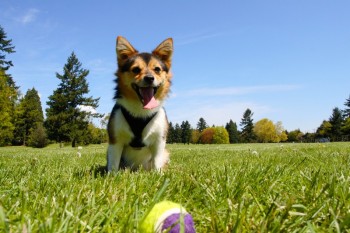 From Toronto:  Dogs who have recently visited High Park are getting sick at an alarming rate.  At least two have died, and police have found a mixture of bread, flax seed, and a toxic liquid about five minutes’ walk from Dog Hill.

Apparently, the poison was highly toxic, as all the plants around the area are dead, too.  About a dozen raccoons have also been found dead in the area.  The dead raccoons have been posed, one holding a bouquet of flowers and another holding a dead squirrel.  Officials think the perpetrator may have been testing his toxic mixture on the raccoons prior to leaving it out for dogs.

Four dogs are recovering from exposure to the toxic bread.  In addition, six dogs who played in the park last weekend were poisoned with antifreeze-laced water.

If you go to Dog Hill, keep your dogs on the leash and monitor what they put in their mouths.  Same for any small children (well, maybe not the leash part).