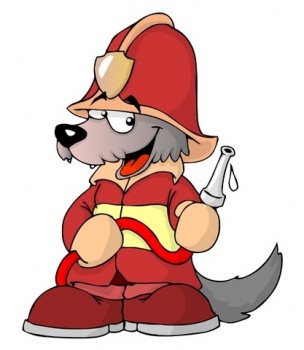 Two stories appeared on the same day recently, showing the overwhelming connection many people share with their dogs.  Sadly, both of these events resulted in fatalities.

In Sarasota, Florida, a 55-year old woman and her husband escaped the fire that had overtaken their rented home.  Once outside, the woman realized that her dog was still inside.  She raced inside to get him, but became trapped.  Both the woman and the dog were killed.

Meanwhile, in Trinidad, a dog awoke to find the house on fire and barked at his master until they were both safely out of the house.  However, a pet parrot remained inside, and the dog raced back in, subsequently being overcome by smoke and flames.

Not only do these stories point out the bond we share, they also remind us to NEVER enter a burning building for any reason.  Leave the rescue of others to the professionals.