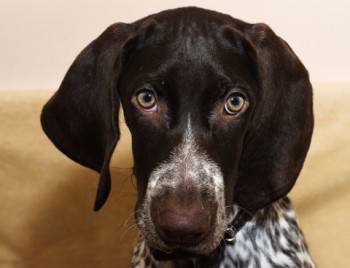 OK, my dogs like to chase baseballs, tennis balls, basically anything that moves.  But I think Bertie, a Pointer mix from England, has them beat.  According to an article in the Telegraph, Mark and Michelle Jewell took Bertie to the vet when they noticed he was walking funny.  An X-ray revealed NINE golf balls, which Bertie apparently picked up while out on walks.

Two hours of surgery later, he was fine.  But the story doesn’t end there.  While they had his belly open, the vets also found a BULLET in the fat surrounding Bertie’s stomach.  No one knows when he was shot – this dog must be a real trouper!

If he were a cat, I think I’d suspect he only had 7 lives left!