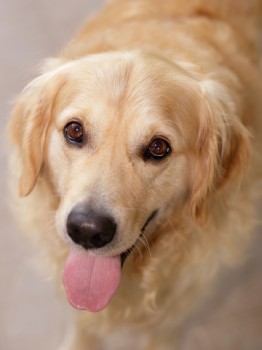 Poor Maggie.  We were out of town Friday & Saturday.  (Proud mom moment:  my oldest son’s softball team won the state championship!  Great picture here of him sliding into 2nd.  )

But I digress – back to Maggie.  We left her sister’s pills on the kitchen table for the sitter, and Maggie ate not only all of the medication, but also half of the plastic bottle as well.

Just before we got home, she apparently brought back up everything she’d eaten for the past week, so we had a lovely odor to come home to, and she didn’t feel quite up to par all day Sunday.

She was so funny – she didn’t want her food, but she wanted to make sure no one else got it, either.  I’d let all four of them into the kitchen for their food, and she would just dance around her dish until I picked it up and put it out of reach of the other dogs, then she would go lie down and sleep until time to go out again.

But, she was feeling much better this morning, and gobbled her food like there was no tomorrow, so I guess she’ll live.

Remember, this is the same dog that cost me $1600 in emergency surgery to have what looked like a paper clip on the X-ray removed from her stomach over a holiday weekend a few years ago.  (Ended up being a kid’s toy piece that had a piece of metal inside so it would stick to a magnet.  Would have eventually passed with no problem…probably.)

I keep waiting for her to learn not to eat things that make her sick, but I think maybe her humans need better training on not leaving things out where she can get them!

8 thoughts on “Maggie, the Golden Retriever who eats anything”