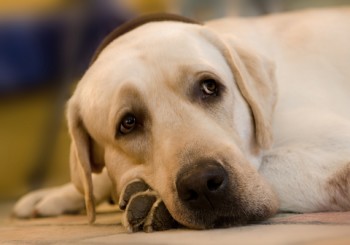 Forty-year-old Robert Dufresne was released on his own recognizance after pleading not guilty on Monday to two counts of animal cruelty.  He apparently left his yellow Lab and his Chihuahua-Corgi mix in the back of his pickup truck, which is capped.   The truck was parked for at least two  hours at the mall.  The small dog survived, but the Lab died from the excessive heat.

OK, so I guess not everyone realizes that the back of a pick-up would get as hot as the inside of the car, but it stands to reason it wouldn’t make much of a difference.  You still have an enclosed space with windows that let in all the heat of the sun.

I’m wondering what was so important at the mall that the dogs had to be left there for more than two hours.  Tragic!