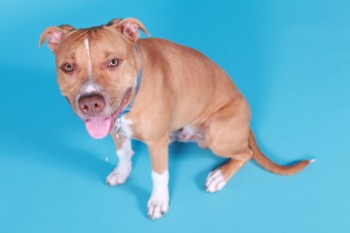 One of the biggest dog fighting rings in the Southeast has been dismantled by federal, state, and local authorities in Montgomery, Alabama.

Twelve people were arrested, 367 dogs were rescued and more than $500,000 in gambling money was seized. The dogs were located not all in Montgomery, but also at kennels in Georgia and Mississippi. Many of the dogs were covered in fleas and chained to car axles buried in the ground. Some were malnourished, while others required emergency wound care.

The dogs are currently being held at undisclosed ASPCA and Humane Society shelters, where they are considered evidence. However, shelter workers will try to re-train the dogs and get them ready for adoption. It is unknown at this time when the dogs might be ready to be adopted.

One thought on “367 Fighting Dogs Seized in Alabama Bust”