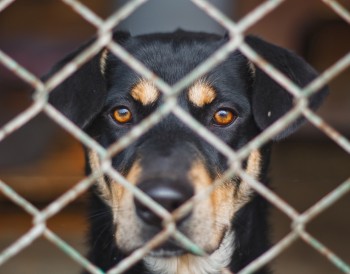 When Todd McCollough took over as dog warden in Fairfield County, Ohio, he knew there would be some challenges to overcome, and any way you look at it, it seems he’s having overwhelming success.

The euthanasia rate is down, the number of dogs being returned to their owners is up, the employees are looking spiffy in their new uniforms, and the public seems to be taking notice.

In the bad old days, employee morale was a real problem. Now, McCullough says it’s “through the roof. Everybody looks at the positives again. Everybody is embracing change.” That’s got to translate into better care for the dogs, right?

They’ve made other positive changes at the shelter as well. The county has switched from using gas to euthanize dogs to using much more humane lethal injections. They have dropped the ban on pit bull adoption so dogs of all breeds now have a chance to go to a rescue group rather than to the death chamber. The only dogs that are now put down by Fairfield County are those who are too sick or too aggressive to be adopted.

All dogs who stay at the shelter longer than 72 hours are now vaccinated before being sent out to area rescues, and they are micro-chipped using the county’s new chip registry system. This means that dogs who are repeat visitors to the pound can receive better continuity of care, and it helps return dogs to their new adoptive owners if they happen to find their way back to the pound.

It’s so nice to hear a good story coming out of an animal control office, isn’t it?