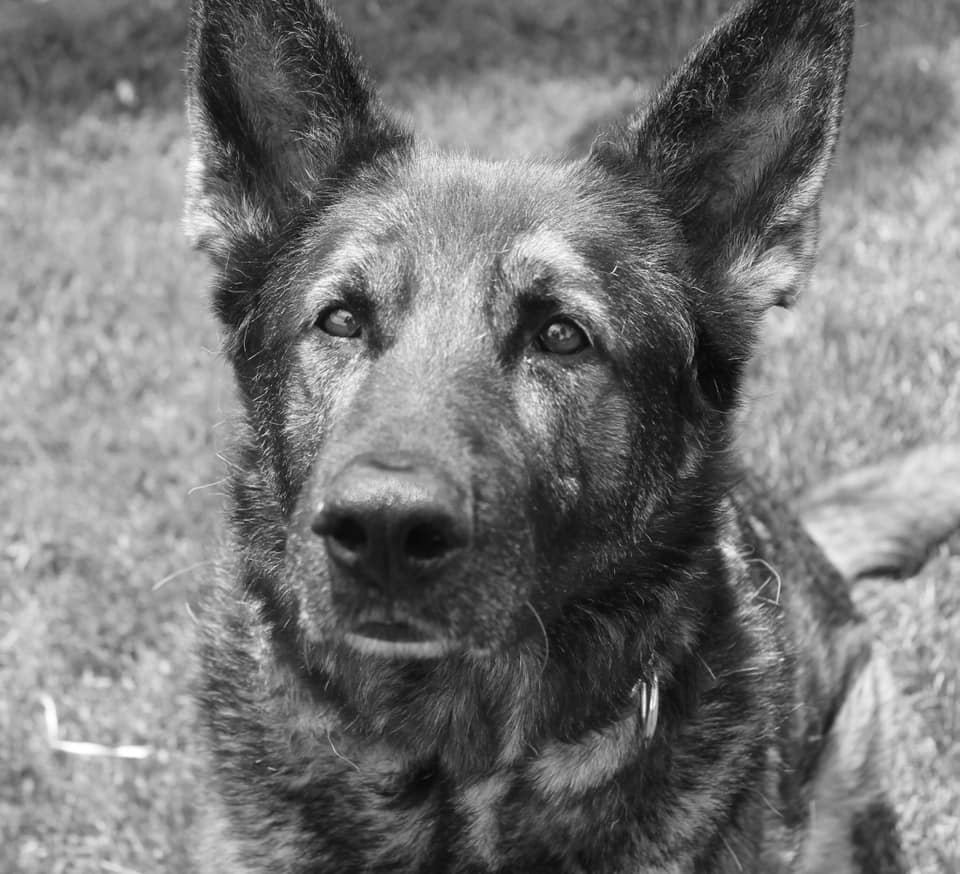 “Sorry if this gets long but words can’t express! 11 years ago this magnificent creature came into my life and we started our journey together! Over the next 7 plus years on the street I would learn that there’s a bond that can’t be expressed in words! He was the definition of Loyalty! He was smarter than most people and definitely more genuine! He could go from playing with a group of school kids to taking down bad guys and back like flipping a switch! He taught me the meaning of “dogs smell fear” but didn’t know the meaning of the word! He physically saved the lives of several people by finding lost endangered! He saved my ass on several occasions and saved my life one night knocking a gun out of a guys arm as he pulled up on me and had the drop!

During his career he located hundreds of thousands of dollars in drug money, hundreds of pounds of marijuana, 14 kilos of cocaine, and had countless other smaller finds. He had well over a hundred street apprehensions and never once a “bad” bite. He loved to play hide and seek and became great at finding bad guys who chose to play also. He was a member of our family and a friend to many! He always stood by my side and always had an ear for someone to scratch! Now I like to think he is wrestling again with Jethro! You will be forever a part of my heart Armin”

We salute you K-9 Armin and send our deepest sympathy to your family, blue and otherwise. Rest in peace.