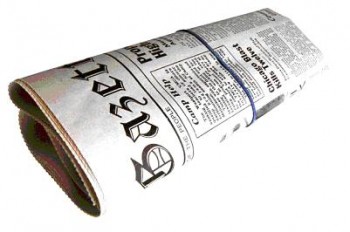 I’ve found quite a few news items of interest this week.

First up:  Dog Stuck in Recliner at Assisted Living Center.  Firefighters in Naperville, Illinois responded to an emergency call from the Sunrise of Naperville Assisted Living Center, arriving to find 5-year old Ebonyser stuck inside a recliner after the electrical controls stopped working.  The terrier lives with 87-year old Ken Maris, who says Ebonyser has some nerve damage and is on pain killers, but is recovering well.  Firefighters had to saw the chair apart to get the dog out, while a nurse’s aid hung onto the chair to relieve the pressure on the dog.

END_OF_DOCUMENT_TOKEN_TO_BE_REPLACED 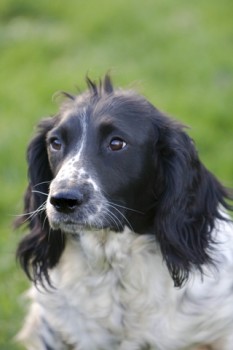 A fantastic story from the UK about a flying Springer Spaniel named Poppy.

END_OF_DOCUMENT_TOKEN_TO_BE_REPLACED

I was so wrapped up in the Westminster Show last week, I now have lots of dog-related news to catch you up on.  So, here’s a wrap-up of what popped into my e-mail over the past week or so.

END_OF_DOCUMENT_TOKEN_TO_BE_REPLACED

Have you signed up for our e-mail newsletter, The Straight Poop, yet? Scroll down a bit on this page and look to the right.

Simply submit your name and e-mail address, and you’ll get a newsletter direct to your inbox of all the news that’s fit to print about dogs about every two weeks. Sign up today!

A few of the dog-related stories from People Magazine’s 10 weirdest animal stories of 2009:

END_OF_DOCUMENT_TOKEN_TO_BE_REPLACED

PawNation is reporting on a dog who was being fostered after running away from home.  While the dog was in foster care, one of his human companions, who happens to have Downs Syndrome, experienced a seizure.

In true Lassie fashion, the dog was able to attract the attention of the boy’s mother and lead her to the boy in time to save his life!  Pretty darn impressive!

Kudos to all involved for making the right decisions about the family and the dog!