This one caught my eye more than most of the commercials this year. Of course, the Budweiser one with the puppy was the winner, hands down, but this was a close second. 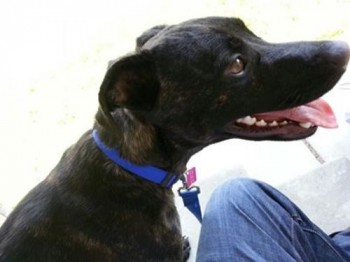 Meet Stanley! This adorable dog is being fostered in Salt Lake City, Utah, compliments of Rescue Rovers. Here’s what their listing on PetFinders says about this handsome Boxer mix:
END_OF_DOCUMENT_TOKEN_TO_BE_REPLACED

Announced on the White House Blog, the Obama’s welcome Portuguese Water Dog Sunny.
In honor of Bo’s new little sister Sunny, the Obamas are making a donation to to the Washington Humane Society.

The Portuguese Water Dog, a hypoallergenic dog, works great for the Obamas and people with dog allergies. Click to view other allergy friendly hypoallergenic breeds.

In case you haven’t seen this beautiful photo making the rounds online lately I wanted to share it with you.  It’s a photo of John Unger cradling his 19-year-old rescue dog Schoep (named after a famous Wisconsin ice cream) in Lake Superior.  Schoep has arthritis and the pain makes it hard for him to fall asleep, so his loving owner takes him into the water and gently cradles him, and the dog trusts him enough to fall asleep in the water.

Apparently Lake Superior is quite warm this time of year and the warmth and buoyancy helps the dog relax enough to fall asleep.  What a beautiful act of love and kindness this man gives his faithful companion.

Do take a moment to read the full story behind the photo, it will make your day.

Check out this awesome photo of dogs underwater. Hilarious, and a little ferocious. Their mouths look like great white sharks!

Little Friends photography has an entire collection of underwater dog photos and you can even buy prints. Too funny! 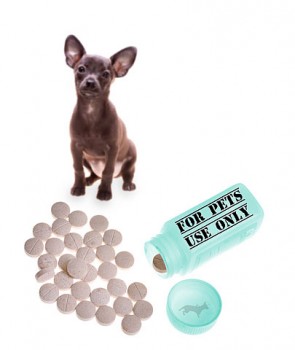 I read an interesting article weighing in on the possible issues with buying your dog’s medication online rather than through your vet. It is certainly cheaper online, but it seems there are a whole slew of potential issues you could be exposing your pet to if you do purchase medications online. I certainly wasn’t aware of all of the issues. I haven’t purchased pet medicine online but I have considered it. Money is tight for many of us so it’s tempting to save where we can.

But it’s possible some online pharmacies repackage expired medicine with new expiry dates, and some prescriptions could be outright counterfeits. At the worst, it could put your dog at serious risk, and at a minimum the medication could simply be ineffective. You don’t know that the medication was stored properly, and it’s difficult to be certain that what you receive is the correct dose for your dog’s weight.

It seems like the risks outweigh any cost savings. Have you ever purchased any prescriptions for your dog online? Would you consider it? If you have, what was your experience like? Are some online sources of pet prescriptions more reliable than others?

As I’m sure everyone already knows, this weekend is the big game, the Super Bowl.  While I’m not much of a football fan I do look forward to the funny and creative ads aired on Super Bowl Sunday.  Of course if the ads include dogs so much the better!

There will be several ads aired featuring dogs this Super Bowl.  Here is a sneak preview.

First up is this Suzuki sled-dog themed ad featuring 8-year-old Husky Nitro tapping his paw to the beat:

Another Super Bowl dog ad is for Volkswagen, featuring 3-year-old Saint Bernard and Australian Shepherd mix Bolt (in a fat-suit!) inspired by a car to slim down and get healthy.  He even hits a treadmill!  END_OF_DOCUMENT_TOKEN_TO_BE_REPLACED

Police dogs in New York now have a new gadget in their crime-fighting arsenal: Infrared cameras.

A camera is strapped to the dog’s back with real-time images transmitted to the handler’s wrist-mounted display, allowing the officer to see into dark spaces he wouldn’t be able to get into himself.

A recent training mission had two-year-old Apache, a German Shepherd, tracking a “suspect” (actually a human officer) in the underground subway system.  Apache and his fellow trainees are the first group of NYPD dogs to get infrared cameras, which are the same kind the Navy Seals used in the raid on Osama Bin Laden’s compound last year.

Other new high-tech equipment includes a canine GPS tracking system to help follow dogs on a scent trail, dog collars that emit light, and two custom-built mobile air-conditioned kennel trucks with food storage and rest areas so K9 officers can take a break, have a meal, or escape the summer heat.  The trucks can store up to a month of food so they could be used in disaster zones if needed.