Hard to argue with someone who’s having that much fun!

I’ve read where people are wondering if something is wrong with her hips or spine due to the way she lies down, but her family insists she is just fine. She lies that way to cool off her belly. My beagle / foxhound / something else mix, Molly, slept that way, and she never appeared to have any problems. 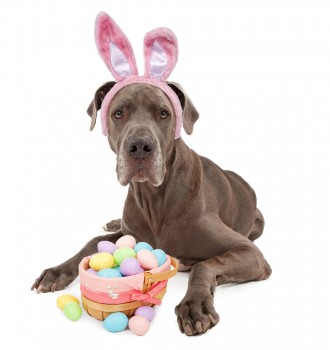 The South Florida Sun Sentinel reported yesterday on an Easter Egg Hung for dogs, held in Easterlin Park. Here’s the thing, they set out dog biscuits for the dogs to find, but they didn’t want them to eat them!
END_OF_DOCUMENT_TOKEN_TO_BE_REPLACED

Have you seen this one yet? I can’t imagine my dogs being even remotely interested in playing on a trampoline. To each his own, I guess. 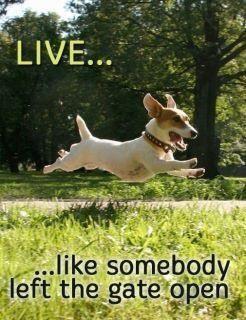 Mozart, a Harlequin Great Dane purchased at an auction in Ohio, was very soon abandoned by his owner, presumably after they realized how large Great Danes grow to be. He is now living in foster car with Harlequin Haven Great Dane Rescue in Bethel, Ohio. What makes him different than any other rescue dog? He’s a painter! (Pretty funny for a dog named after one of the greats in the music world.)
END_OF_DOCUMENT_TOKEN_TO_BE_REPLACED

As I’m sure everyone already knows, this weekend is the big game, the Super Bowl.  While I’m not much of a football fan I do look forward to the funny and creative ads aired on Super Bowl Sunday.  Of course if the ads include dogs so much the better!

There will be several ads aired featuring dogs this Super Bowl.  Here is a sneak preview.

First up is this Suzuki sled-dog themed ad featuring 8-year-old Husky Nitro tapping his paw to the beat:

Another Super Bowl dog ad is for Volkswagen, featuring 3-year-old Saint Bernard and Australian Shepherd mix Bolt (in a fat-suit!) inspired by a car to slim down and get healthy.  He even hits a treadmill!  END_OF_DOCUMENT_TOKEN_TO_BE_REPLACED

Blackie the Doberman, canine star of Martin Scorsese-directed movie Hugo, is expected to get a nomination at this year’s Golden Collar Awards thanks to the director’s campaigning efforts.

Blackie was initially snubbed from the nominations, but Scorsese wrote a letter to the LA Times encouraging people to contact the award show’s organizers to request Blackie be added to the nomination list. Scorsese felt that Blackie should have been nominated in the “best dog in a theatrical film” category.

Blackie starred in the Oscar-nominated film Hugo as an attack dog owned by a train station officer. Scorsese suggested that Blackie didn’t originally secure a nomination due to the role she played, pointing out that a cute little Jack Russell Terrier received nominations for two films because the Jack Russell “plays a nice little mascot who does tricks and saves his master’s life in one of the films, while Blackie gives an uncompromising performance as a ferocious guard dog who terrorizes children.”

Dog Daily News, the Golden Collar Awards organizer, agreed to add Blackie to the nomination list if it received 500 write-in nominations via their Facebook page.

Never thought I’d see a dog playing with a bird! 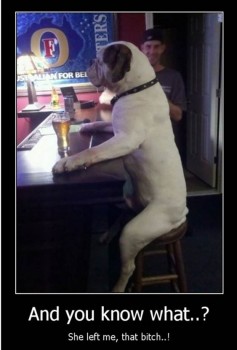 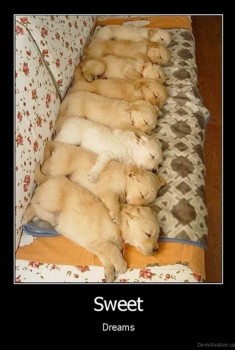 Wonder how they got them all to sleep so soundly at the same time?