Ryan Fischer is a dog walker, one of whose clients is Lady Gaga. As you’ve no doubt heard, he was shot while walking the three dogs. Two of the animals were stolen, then later recovered. He took to Instagram to tell us about the incident:

END_OF_DOCUMENT_TOKEN_TO_BE_REPLACED 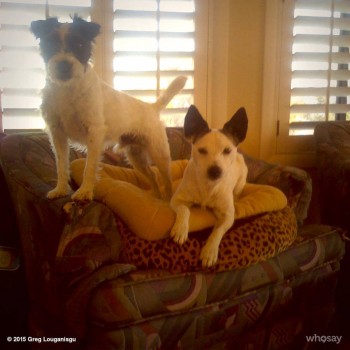 Our deepest sympathies to Mr. Louganis and his family. 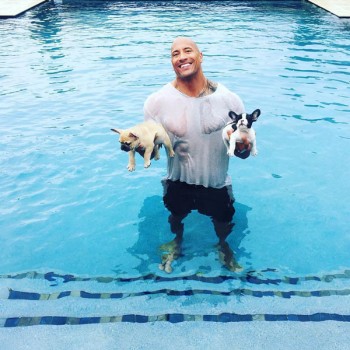 We saw the movie San Andreas this weekend, but that’s not the only reason why one of my favorite actors, Dwayne “The Rock” Johnson, is a hero. He brought home two new Frenchies, Brutus and Hobbs, this weekend, and when they fell into the pool, only Hobbs knew how to swim. Brutus sank like a stone, and Mr. Johnson rescued him.
END_OF_DOCUMENT_TOKEN_TO_BE_REPLACED

It’s not enough that pop superstar Justin Bieber is making news every other day now that his life has gone off the rails, now his dad (Jeremy Bieber) and his dog, a Bulldog named Karma, are making headlines. His father has been accused of throwing the kid’s dog from a second floor balcony.

Dad Jeremy apparently was incensed when the dog allegedly bit his younger son, Jackson. At some point following this incident, Justin may have given up the dog to a trainer. (One story has the trainer stealing the dog.)

At any rate, it’s turning into a real “he said / he said” incident, not the first for Bieber, who has had other animal-related problems in the past. One involved a monkey who had not had the proper shots and was seized by German authorities; the other involved his throwing a hamster at a fan.

You can’t make this stuff up, folks!

Blackie the Doberman, canine star of Martin Scorsese-directed movie Hugo, is expected to get a nomination at this year’s Golden Collar Awards thanks to the director’s campaigning efforts.

Blackie was initially snubbed from the nominations, but Scorsese wrote a letter to the LA Times encouraging people to contact the award show’s organizers to request Blackie be added to the nomination list. Scorsese felt that Blackie should have been nominated in the “best dog in a theatrical film” category.

Blackie starred in the Oscar-nominated film Hugo as an attack dog owned by a train station officer. Scorsese suggested that Blackie didn’t originally secure a nomination due to the role she played, pointing out that a cute little Jack Russell Terrier received nominations for two films because the Jack Russell “plays a nice little mascot who does tricks and saves his master’s life in one of the films, while Blackie gives an uncompromising performance as a ferocious guard dog who terrorizes children.”

Dog Daily News, the Golden Collar Awards organizer, agreed to add Blackie to the nomination list if it received 500 write-in nominations via their Facebook page.

Some have said it’s the end of an era.  With Liz Taylor’s passing, we have lost not only an actress and humanitarian, but also a dog lover.  Check out pictures of her with her four-legged children on People Pets.

Just a few of the stories that have been in the news over the past couple of days: