After last week’s terrorist attack in Toronto, where a van crashed into a crowd killing 10 people, The Star is reporting that comfort dogs have converged on Mel Lastman Square where the tragedy took place. Nearly 20 dogs from St. John’s Ambulance were on hand to allow those affected by the attack a chance to decompress with unconditional love.

A little different take on our normal Shelter Sunday feature.

The Toronto Sun is reporting on Cupid, a Great Pyrenees-mix puppy found abandoned in the garbage. Cupid was born without front paws, but has now been fitted with prosthetics by Janice Olynich at Pawsability in Leaside. END_OF_DOCUMENT_TOKEN_TO_BE_REPLACED 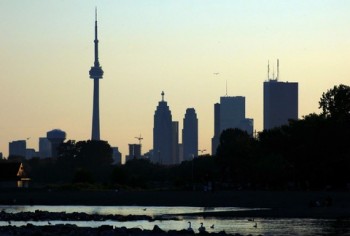 Using public information from the dog licensing bureau in Toronto, blogger Patrick Cain of the Toronto Star, came up with a map, by postal code, of per capita dog registrations for the city.  You can see the whole map here:

Planning to be in the Toronto area this weekend?  Check out Woofstock, North America’s largest outdoor doggie festival.

Located throughout the St. Lawrence Market neigborhood, the festival includes over 200 vendors selling everything from dog tattoos to party dresses.  Make sure you bring Fido so he can sniff some new behinds!

And if you’re planning an overnight stay, check to see if the Banting House B&B has any rooms available.   Paul, the owner, is a close personal friend of Doggies.com.