And the winner of the 2020 AKC National Championship (held in December, but just telecast today) is:

Best in Show: Whippet, Bourbon (sister of Whiskey, who won in 2018)

Congrats to all who competed! 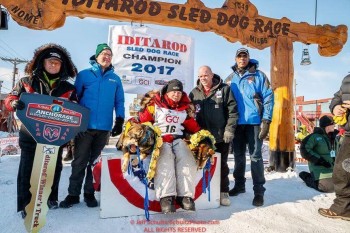 Congratulations to Mitch Seavey on making it first to Nome and winning the 2017 Iditarod! He started at Anchorage with 16 dogs and finished 8 days, 3 hours, 40 minutes, and 13 seconds later in Nome with 11 dogs remaining. He dropped off three dogs with volunteers in Huslia, one in Unalakleet, and 1 at White Mountain. From his bio on Iditarod.com:
END_OF_DOCUMENT_TOKEN_TO_BE_REPLACED

After battling winds so strong yesterday that some of the dogs actually sat down and refused to run, Lance Mackey has won the Iditarod Trail Sled Dog Race for the 3rd consecutive time.  Mackey, wearing bib #47, arrived in Nome today at 11:38 am with 15 happy, healthy dogs.  Only two previous mushers have accomplished three consecutive wins:  Susan Butcher and Doug Swingley.

For his efforts, Mackey will receive a Dodge Ram Quad Cab Pick-up truck from Anchorage Chrysler Dodge and a check for $69,000 from Wells Fargo, in addition to a congratulatory call from everyone’s favorite governor, Sarah Palin.  The dogs?  They get another bucket of sludge and the two lead dogs, Maple & Lucy, get a garland of roses from ExxonMobil and GCI.

Bruce, the official Iditarod site’s blogger, reports on the 30 – 35 mph windy conditions:  “I stopped in Shaktoolik briefly and as I walked out of the checkpoint one of the Iditarod staff handed me a sandwich to eat. I took it with me as I walked out the door for the 200 yard walk down to the ice where an airplane was waiting to fly me on up the trail to Koyuk.  By the time I got to the plane the sandwich was starting to freeze with ice crystals.”  Can you imagine?  I whine when my hot chocolate cools down on the way to work!

Meanwhile, three rookie mushers were reported late for check-in at Shageluk.  Lou Packer was found by an Iditarod Air Force (IAF) pilot about 22 miles past the town of Iditarod.  He signaled distress, at which time the pilot landed and found that 2 of his 15 dogs had died.  In a move that should make animal activists feel at least a bit better about this race, a plane load of dogs were immediately airlifted from the site, and a 2nd flight was organized to pick up Packer and the remainder of the dogs.

Local residents took to the trail to try to find the other two lost mushers, Kim Darst and Blake Matray.  They were both found between Shageluk and Iditarod and both decided it would be in the best interest of their teams to scratch from the race. They have been safely transported to Unalakleet and are waiting for transportation to take them back to the starting point in Anchorage.

So, drink a cup of hot chocolate for the competitors and snuggle up in front of your fireplace while you read this. 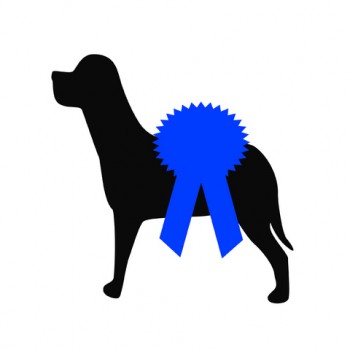 Obviously, the biggest thing in the dog world this week has been the 133rd Annual Westminster Kennel Club Show.  We all know by now that the Sussex Spaniel won, but is that the dog you would have picked?

Listed below are the 7 Best in Group winners – which one would you have picked?

END_OF_DOCUMENT_TOKEN_TO_BE_REPLACED

For those of you who thought Stump was only an ordinary Sussex Spaniel, doggies.com presents the rest of the story…