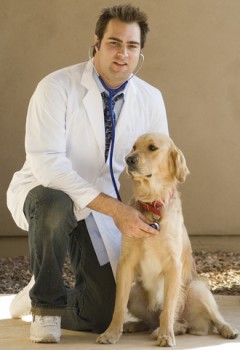 From BBC News:  Okay, this one should have been obvious, but the RSPCA is encouraging indigent pet owners to ask for help if their pets have medical problems.  It seems that Elizabeth Evans of Carmarthenshire just received a sentence of 200 hours of community service and 1000 pounds for allowing her two dogs to die rather than seeking out someone to help pay for their medical care.

Apparently, Evans noticed that both of her dogs were losing their fur in April, but since she couldn’t afford veterinary care, she just locked them in a shed.  The six-year old Jack Russell and 2-year old Bichon were found dead by an RSPCA inspector responding to a complaint.  Each dog weighted less than 13 pounds when they were discovered, and they were so decomposed that the inspector couldn’t even determine their breeds.

The RSPCA urges people not to be ashamed to ask for help, as there are several animal welfare charities that can help.  In addition, if you have suspicions about animal neglect, you are urged to offer help or to refer the parents to someone who can provide assistance.