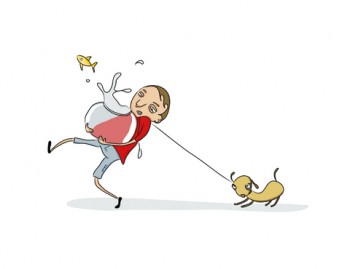 The Chicago Tribune is reporting on a new program at the Shedd Aquarium.  Trainers at the aquarium were getting bored after their whales, dolphins, and other sea critters were sent out of town due to the Oceanarium pavilion being closed for refurbishing.  The trainers went out to animal rescue centers and brought six dogs back to the aquarium to demonstrate that mammal training techniques can be equally effective in training house pets.

The trainers hope that by using shelter dogs for the program, they will be able to show that even dogs who at first appear to be unsalvageable can make great pets with the proper love and attention.  The program emphasizes positive training techniques.  “A lot of animal training used to be based on coercion, force and punishment . . . with owners establishing themselves as the alpha members of the group, yanking on leashes and tightening collars to dispense discipline,” Animal Training Chief Ken Ramirez said. “You can’t put collars and leashes on marine mammals like whales and dolphins, so trainers had to develop a new training regimen, positive reinforcement.”

The 20-minute show will run until at least the early summer of 2009, when the Oceanarium is slated to reopen.  The dogs featured in the show all had behavioral problems, but have now been rehabilitated to the point that they will all be adoptable if the show does close.

A video highlighting the program can be found here:  http://www.chicagotribune.com/news/local/chi-animal-training-10-oct10,0,131273.story