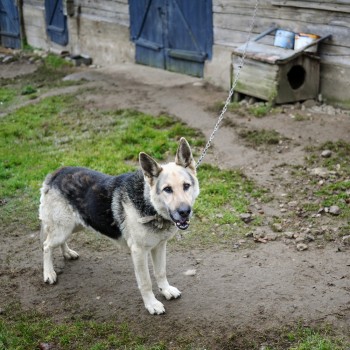 In my home state of Ohio, legislators have recently introduced a bill that would ban tethering your dog outside if any of the several conditions exist.

Dogs may not be chained outside

Some cities in Ohio, such as Cleveland, already have bans in place. Ohio House Bill 94, introduced by Cleveland Democrat John Barnes, is said to mirror the Cleveland law. According to the American Veterinary Medical Association, 25 states plus the District of Columbia already have such bans.

Ohio legislators are hopeful that this ban will be the first of many steps taken by the state toward preventing animal cruelty. It has bipartisan support, so hopefully this will be law soon. However, as with any law, the trick lies in enforcing it.

Does your state have an chaining ban? How is it enforced?