Earlier this week I posted the story of Buddy, who went along for the ride – OUTSIDE of the vehicle – when his papa was taken away in an ambulance. Which begs the question, what lengths would your dog go to in order to stay with you when you left the house?

Earlier in the week, we featured a story about a paraplegic dog whose owner faithfully walked him every day, using a special harness to compensate for the dog’s disability. I’m not sure I would be able to keep up with that, which got me to wondering what people do when their dogs become crippled. 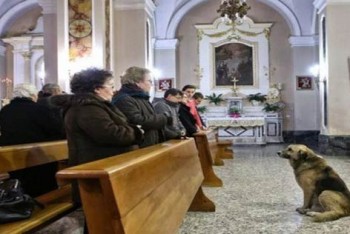 From Il Messaggero newspaper in Rome: When 12-year old German Shepherd Tommy’s owner died early this year, he followed the coffin from their village to the church. Now, he can’t get enough of the masses held at Santa Maria Assunta in San Donaci. He returns every day when the church bells summon, sitting through masses, baptisms, and funerals, according to Father Donato Panna, who doesn’t know what he’d do without the dog’s comforting presence now.

What a sweet story – yet another example of a dog’s loyalty! 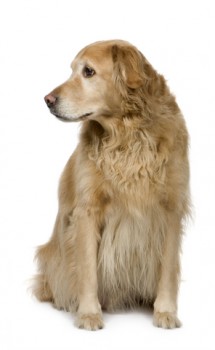 There was a neat (but sad) story in my local paper the other day.  This elderly man had bought a Golden Retriever for his wife several years ago, but when the wife died in 2006, he and the dog became inseparable.  END_OF_DOCUMENT_TOKEN_TO_BE_REPLACED 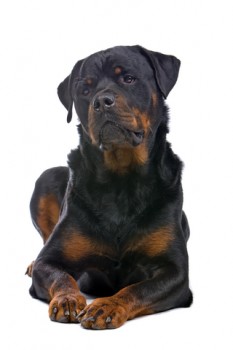 Happening upon a stray running the highway in Tennessee, Kathy Wilkes-Myers coaxed the emaciated Rottweiler into her car.  Kathy, a member of Love Me Tender Animal Rescue, didn’t think the dog acted like a typical stray, so she set about trying to find her family.

END_OF_DOCUMENT_TOKEN_TO_BE_REPLACED

WEWS in Cleveland is reporting on a great story of the love dogs are capable of.    In Lorain, Ohio (a suburb of Cleveland) someone had dumped a Poodle and a Rottweiler by the side of the road.  The Rott had a large tumor on his leg and was unable to move.  The Poodle, bless his heart, was unwilling to leave the Rott alone in the road.

A passing Good Samaritan picked up both dogs and took them to the shelter, which is now looking for homes for them.

Wouldn’t it be nice if our human friends were this loyal?