Did you happen to catch the Yankees game last Sunday? After Yankees president Randy Levine and his wife helped re-unite Former Marine Cpl. Megan Leavey and her war dog Rex, the team honored them before the game. Check out the story from Hampton Roads.

Yet another thing to be thankful for this season.

Visit msnbc.com for breaking news, world news, and news about the economy

In the US it’s Veteran’s Day Weekend. In Canada, it’s Remembrance Day Weekend. Most of us have some tie that makes us reflect, if even for a moment.

We all know “working dogs” truly love a perfectly executed assignment if only to see a smile on their master. It’s rewarding for them.

We brought you a great video from Military.com about soldiers befriending dogs overseas. Now here’s a special look at the dogs who are working side by side, and actual members of our armed forces.

New York Times Best Selling Author Lisa Rogak has captured the excitement of working dogs in her new book The Dogs of War.   It’s an inside look into a very elite, working and special class of dogs.

END_OF_DOCUMENT_TOKEN_TO_BE_REPLACED

Touching video from Military.com about “strays” befriended by soldiers in Afghanistan.

From today’s Facebook feed.  Too cute!  Warms your heart, doesn’t it? 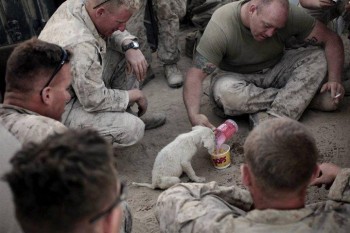 Thanks to the Maddow Blog for sharing this video of Military Working Dogs in Times Square as part of Fleet Week in NYC.

Untitled from The Rachel Maddow Show on Vimeo. 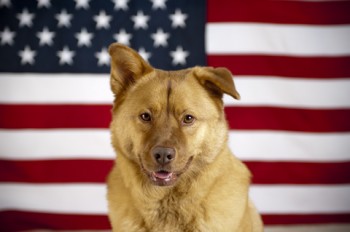 By now, we’ve all heard that one of the brave soldiers who took down Osama Bin Laden was a dog. Check out People Pet’s photos of America’s Bravest Dogs.

They are truly awesome, and I hope you are all saluting as you review the pictures.

OK, since it is now Wednesday, I thought it would be a good time to follow up on Monday’s post about a dog named Tuesday.  I stumbled across this article from the Wall Street Journal while I was looking for something else.  If you watched the third video attached to Monday’s post, you learned a bit about Tuesday, a dog who helps veteran Luis Carlos Montalvan deal with severe PTSD.  Here’s “The Rest of the Story.”

END_OF_DOCUMENT_TOKEN_TO_BE_REPLACED

We just got home from our community’s Memorial Day celebration, which reminded me that there are some things that are just more important than dogs. (Gasp!)  So, please forgive me as I go off-topic today.