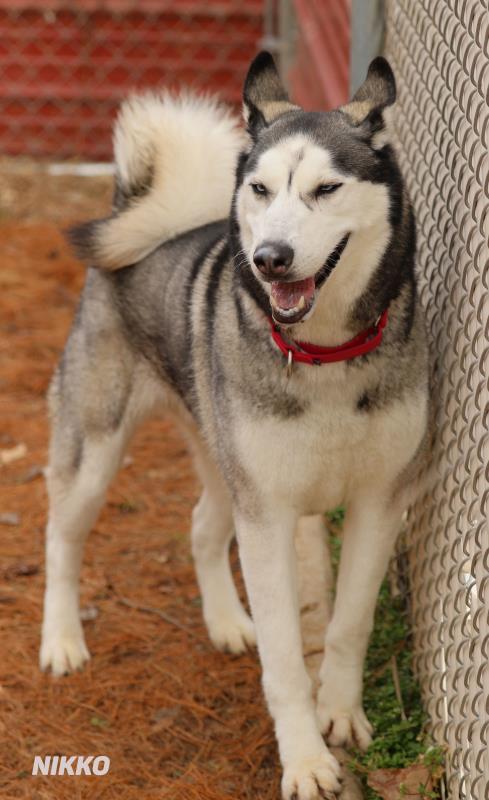 Meet Nikko! This handsome fellow is house-trained and prefers a home without other dogs or cats. Here’s what his rescuers have to say about him:

If you are looking for a wonderful companion come meet Nikko. He is a very vocal dog like all Siberian Huskies. Owning a Husky is big responsibility and shouldn’t be taken lightly. He needs to go to a home that is familiar with his breed and can handle his strong mind. Nikko loves belly rubs and is a very friendly boy. Nikko was adopted, but unfortunately his previous owner was not the most responsible. He was brought to animal control and thank goodness he found his way back to us in order to help him find a new stable and loving home.

Nikko is currently a guest at First State Animal Shelter and SPCA in Camden, Delaware. If you’re lucky enough to be nearby, why not contact the shelter to learn more about Nikko and all of his friends. You can email [email protected] or call (302) 943-6032.

Video from ABC6 in Philadelphia.

More details from the Fundly page: NEW CASTLE, DE (July 9, 2017) – Fire broke out at the Brandywine Valley SPCA (BVSPCA) New Castle Campus at approximately 12:15am after a vehicle crashed into the building. First responders contained the fire, and emergency personnel, BVSPCA staff, and neighbors worked quickly to move 100 animals to safety. END_OF_DOCUMENT_TOKEN_TO_BE_REPLACED

I’ve just received the following note from a friend:

Meanwhile from our yard… the Soberanes fire is about 26 minutes away, the air quality is not super great, and there has been a boil advisory for some of the homes closer to the fire. Almost 20,000 acres have burned and the fire is only 10% contained. 20 homes and 2 outbuildings are destroyed. Evacuation orders and warnings have been issued for many towns.
If anyone feels called to donate anything, the Monterey County SPCA needs small bags of dog and cat food and litter for all the displaced pets, or a monetary donation of any amount is welcome. The firefighters are being taken care of and have been asked to turn away donations.

Please help the SPCA if you can. It sounds as if this fire is pretty horrific. There’s a “Donate” button on the home pageof their website.

Fox4 News in Dallas is reporting that some of the 250 dogs recently rescued from a South Korean meat farm have now been transferred to the SPCA of Texas where they will be adoptable after evaluation and treatment of any medical issues.
END_OF_DOCUMENT_TOKEN_TO_BE_REPLACED

Congratulations to the Central California SPCA in Fresno for winning the fifth and final year of the Rachael Ray $100K Challenge, which pitted 50 shelters across the country against each other in an effort to save more animals during the summer of 2014 than they did over the same time period in 2013.

CCSPCA’s website cites the following accomplishments achieved during the Challenge:

Since 2010, hundreds of contestants have dedicated themselves to this three month contest to increase their adoption numbers over the same period the previous year. In this final year of the challenge, the competing shelters saved more than 68,000 lives in just three months. In five years total, challengers saved more than a QUARTER OF A MILLION lives – an increase of nearly 60,000 cats and dogs – with dozens of animal shelters increasing their adoptions by 100% or more compared to previous years.

Kudos to all 50 of the shelters who participated in the challenge. 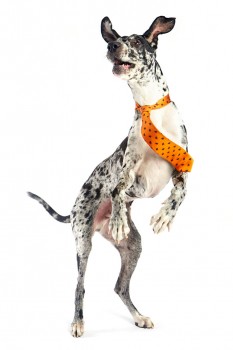 There is a wonderful organization named Bows-N-Ties, that is partnering with the San Francisco SPCA to raise money and awareness about the problem of dog overpopulation. Here’s how they describe the project:
END_OF_DOCUMENT_TOKEN_TO_BE_REPLACED 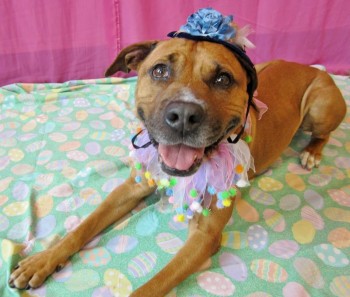 Meet Brownie! This Pit Bull Terrier is living in Boston, Massachusetts courtesy of MSPCA Boston Animal Care and Adoption Center. Here’s what their website has to say about this pretty girl.
END_OF_DOCUMENT_TOKEN_TO_BE_REPLACED

WCMH: News, Weather, and Sports for Columbus, Ohio
A sad story out of Gallia County, OH last week. Columbus TV station NBC-4 is reporting that the shelter has been killing animals in an inhumane way, by injecting drugs directly into their hearts. Evidently this causes extreme pain, sometimes for as long as 30 minutes, when it is done without any sedatives.
END_OF_DOCUMENT_TOKEN_TO_BE_REPLACED

According to CNN, very little of the money given to SPCA International is actually going to help animals in need.
END_OF_DOCUMENT_TOKEN_TO_BE_REPLACED